Jolyon Dodgson started his professional musical life at the age of seven as a chorister in Hereford and then Chester Cathedrals. He has enjoyed an extremely varied international career, singing all over the world including Poland, Turkey, Bangkok, Rhodesia, Australia, Iceland, Hong Kong, Hungary and most of the European and Scandinavian countries. He has worked with many of the legendary names in the conducting and composing world, including Adrian Boult, John Barbirolli, Charles Groves, Richard Hickox, Charles Mackerras, Simon Rattle, David Wilcocks, John Tavener, Claudio Abbado and many others.

He was trained at the Royal Manchester College of Music under Graham Clifford and the famous English tenor Heddle Nash. While still at College he became a Lay-Clerk (or ‘Songman‘) in York Minster.

He was a founder-member of the BBC Northern Singers and was their principal baritone soloist for many years with hundreds of recordings and public performances to his credit. For a number of years he was the Director of the MacRobert Arts Centre at Stirling University at which time he was invited to become the Music Director and Conductor of the BBC Scottish Singers. With them he did several broadcasts including preparing them for recordings and concerts conducted by the 21 -year-old Simon Rattle, Claudio Abbado with the Berlin Philharmonic Orchestra, and others. Before moving to Stirling Jolyon was the first tutor in vocal studies at Lancaster University and there he also conducted the University Choral Society and founded and conducted the Chamber Choir. While in Stirling he also conducted the University Choral Society and Orchestra.

Jolyon has served on several music and arts committees and Boards over many years, In London he was ‘Warden’ (i.e.. Chairman) of the Composers and Performers Committee of the Incorporated Society of Musicians and Vice-Chairman of the specialist singers committee at Equity. In the north he was Chairman for several years of Eden Arts Trust in Penrith. He has recently retired as Chairman of Carlisle Festival but is now Chairman of the Westmorland Music Trust which runs the Mary Wakefield Festival in Kendal, and Musical Director of Lanercost Festival. In his few spare moments he enjoys singing regularly with the professional choir at Carlisle Cathedral. 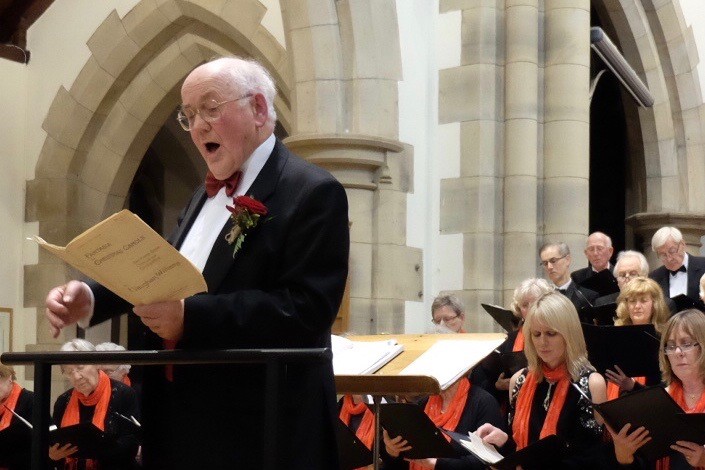